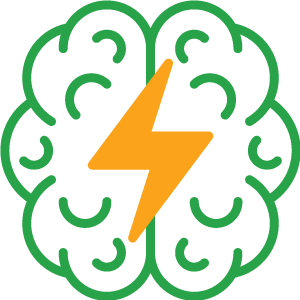 Crossroads Speech Therapy provides traumatic brain injury treatment. Traumatic Brain Injury (TBI) occurs when an external mechanical force causes brain dysfunction and usually results from a violent blow or jolt to the head or body. An object penetrating the skull, such as a bullet or shattered piece of skull, also can cause traumatic brain injury.

Language and communication problems are common disabilities in TBI patients. Some may experience aphasia, difficulty with understanding and producing spoken and written language; or they may have difficulty with the more subtle aspects of communication, such as body language and emotional, non-verbal signals. Some may have problems with intonation or inflection, called prosodic dysfunction. Problems with spoken language may occur if the part of the brain that controls speech muscles is damaged. In this disorder, called dysarthria, the patient can think of the appropriate language, but cannot easily speak the words because they are unable to use the muscles needed to form the words and produce the sounds. Speech is often slow, slurred, and garbled.

Most patients with severe tramatic brain injuries (TBI) who recover consciousness suffer from cognitive disabilities, including the loss of many higher-level mental skills. Cognitive deficits that can follow TBI include impaired attention; disrupted insight, judgement, and thought; reduced processing speed; distractibility; and deficits in executive functions such as abstract reasoning, planning, problem-solving, and multitasking. Memory loss, the most common cognitive impairment among head-injured people, occurs in 20-79% of people with closed head trauma, depending on severity.

What does a Speech-Language Pathologist do when working with people with TBI?

A treatment plan is developed after the evaluation. The treatment program will vary depending on the stage of recovery, but it will always focus on increasing independence in everyday life.

In the early stages of recovery (e.g., during coma), treatment focuses on:

As an individual becomes more aware, treatment focuses on:

Later on in recovery, treatment focuses on:

Eventually, treatment may include:

Individual treatment may continue to improve speech, language, and swallowing skills, as needed. If the person is learning how to use an augmentative or alternative communication device, treatment will focus on increasing efficiency and effectiveness with the device.

For traumatic brain therapy and services, please contact us, we serve Chicago, the North Shore, and Northern and Western Suburbs.

Have questions? We are here to help.

Have questions?
We are here to help.